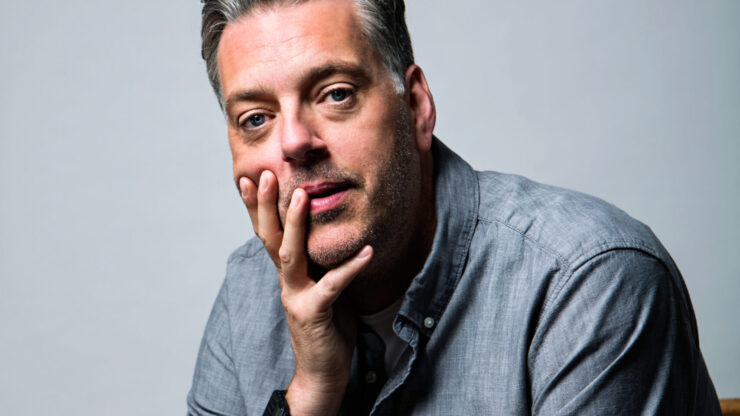 This is a bit random. What I’m about to post is the introduction to a book started in 2011. Tentatively titled ‘Lying For A Living’, it was my account of how and indeed why I started working in radio. I wrote an intro and a couple of chapters and that was it. I managed to speak to some people I worked with in the past – Trevor from Horizon 103.3 and also my first real producer, Byron at XFM. It was great to connect with them but I just didn’t have the dedication or the confidence to sit down and write a whole book.

So, as incomplete and unrevised pieces go, I’d be keen to get your thoughts. Hopefully it will go some way to explain my attitude to radio. So, here goes…

I never wanted to be on the radio.

When I was young, I hardly ever listened to it. Sure, I dipped in every now and then, finding a little gem hidden away in the airwaves (including a wonderfully over the top Christian radio station near Niagara Falls that I kept writing to hoping to get a ‘shout out’ despite being fiercly agnostic) But it was never meant to be my career.

I always wanted to be on the telly. TV was where magic happened and where my destiny lay. And for a while, it worked out. I went from signing on and being hideously in debt to presenting a fairly high profile and incredibly well paid television show at the age of 25. Sorted. I was in.

But the magic box didn’t really work out as I planned. I did quite a few shows that didn’t get broadcast, a whole series of my own chat show that never saw the light of day, and about 629 pilots of things I was promised would be ‘the next big thing’.  They weren’t. Each time I allowed my hopes to rise thinking that this was it, this was the show that would make me as big as Jonathan Ross or even Bobby Davro. But these pilots never took off.

I felt like Orson Welles. Not fat, bearded and wearing a cloak, but I was reminded of what one critic said about his life. I’m paraphrasing here, so I shan’t bother with quotation marks, but it was something about how Orson had lived his career in reverse. He’d started with his biggest and best thing, his masterpiece, and everything after that got smaller and less significant.

Now don’t get me wrong, I’m not comparing the 11 O’Clock Show to Citizen Kane. We never had a sled(ge) in that programme. But it’s probably the best and most exciting thing I’ve ever been involved in. And look at the careers it launched – Ricky Gervais, Sacha Baron Cohen, Hal Cruttenden – all towering giants in the world of British comedy. But after that, my career sort of started to slow down. The projects got smaller, the audiences dwindled and I soon stopped getting offered TV work.

There are reasons for this. I may have been tricky to work with back then. I was 25 and hosting what I perceived to be my own show. Maybe I didn’t handle it too well. It’s hard to keep your feet on the ground when you suffer from low self-esteem and suddenly people are telling you how great you are. I remember being out one night, shortly after the 11 O’ Clock Show had started, and a really hot girl came up to me and said ‘are you the guy from the telly?’

‘Cool. Is Ali G with you? I really fancy him,’ she said, looking expectantly over my shoulder.

‘No, sorry,’ I mumbled apologetically, although I hadn’t done anything wrong. ‘We don’t hang out’.

‘Oh well, you’ll do. Buy me a drink?’ she suggested as coolly as if she were working in McDonalds and was offering me a large coke to go with my meal.

I was going out with someone at the time, and anyway, this girls forwardness was kind of a turn off so I spluttered something like ‘I’m OK thanks.’

“You TV types are all the same,’ she shouted, getting unexpectedly angry. ‘Selfish wankers.’

Sadly I did not take Ali G out with me everywhere I went.

My excuse was I was presenting a breakfast show on Channel 4 and would be too tired. The reality was I was terrified of doing it and worried I’d get found out for being a fraud.

For almost a year after Rise, the ill-fated Big Breakfast replacement that I hosted, I couldn’t get a job. Had I been blackballed for straying from a pre scripted interview with Daniel Beddingfield where I asked him if he was a ‘gaylord’? Was it because I’d had an argument live on air with the someone from Liberty X because I’d said her boyfriend, Jason Scott Lee, was a cheat for going on a high profile talent show when the public had already voted by not buying the records from his woefully poor pop group 3SL? Did it have something to do with me allowing Snoop Dogg to say ‘bag of wank’ 16 times at 7.35 in the morning?

Possibly. Or maybe I’d over estimated my talents and I was, as my favourite magazine Time Out once described me, a ‘talentless cunt’.

Whatever the reason, 2004 was a desperate year and desperate measures were taken. By September, I was very seriously skint. I’d sold my car, had taken a lodger and was looking at exactly what declaring oneself bankrupt actually meant. Things got so bad that when I was asked if I’d like to be a contestant on Celebrity Big Brother, I jumped at the chance to have a meeting with the producers.

Now, don’t get me wrong. I quite enjoy watching has beens and also rans humiliate themselves on TV in a desperate attempt to resuscitate their long dead careers. But I did NOT want to go and stay in that house. I’d rather have eaten my own fingers. But when you’re broke and there is talk of £25,000 simply for putting your hand up and admitting your career is over, it had to be considered.

I was depressed. I was beaten. I was fucked. But the day after that meeting where I was sure my fate as a failure had been sealed, 9 months since I’d last worked, something amazing happened.

I was offered a job.

But I’m getting ahead of myself a bit. I’ll get to that job offer that stopped me entering the Big Brother house later. That one job totally turned my career around and has so far given me 9 years of virtually unbroken work. But it wasn’t my first radio gig. My first job on the wireless came almost a year to the day before I got my big break on television.

I should point out that his book isn’t about the history of radio. It isn’t about the movers and shakers in this fine industry. In fact, any dates and facts are probably totally inaccurate. Do NOT use this as a reference book. It’s simply the story of my accidental career on the airwaves. What started out begrudgingly has turned into a real love and indeed passion for a medium that for a while many perceived as being dead. It isn’t dead, although at the very moment I type this, it is going through another weird period of blandness.

Anyway, I’ll stop waffling and start the story. I’m afraid that to do that though, I have to take you to Milton Keynes. Sorry.

What a difference a day makes….

1
How To Do Radio / Katherine Boyle / News

10 – Just a Girl by Katherine Boyle