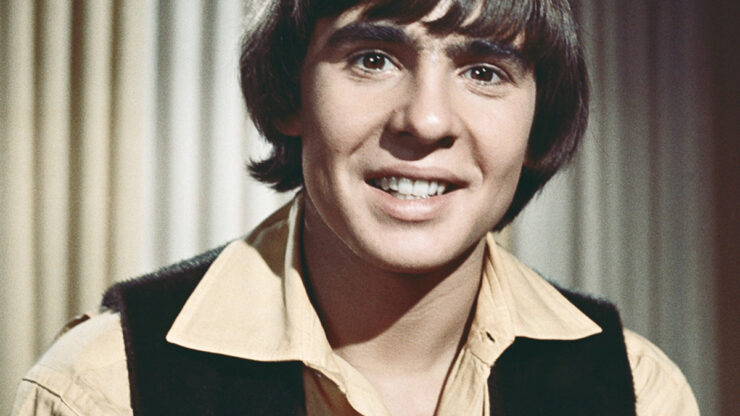 Ah man, I feel terrible. One of The Monkees has died.

In the great scheme of things, I realise that this isn’t the biggest tragedy that could occur, but I am devastated. Absolutely gutted. I love The Monkees and always have done. They were my specialist subject on Mastermind. I grew up watching them and have been obsessed with them since I was a kid. I own everything they put out, most of the stuff they didn’t put out and everything in between.

I found out as I was putting my little boy to bed. As always, to try and get him to sleep, I was singing one of his favourite songs, Daydream Believer. I got a text and did a sneaky daddy look at my phone, while pretending my full attention was on the singing (the boy was half asleep, he didn’t notice).

Oh shit. That generally only means one thing, but it came from so out of the blue that maybe it meant something else.

‘Really sorry to hear about Davy Jones. How are you feeling?’

Shit. This couldn’t be what I thought?

Twitter confirmed the news. Davy Jones from The Monkees had died of a heart attack. The first Monkee to pass. I’m there, in my boys bedroom, trying to stifle my tears and sing him to sleep.

I’m not going to go into great detail about his life. You can read that elsewhere. Suffice to say he was a jockey, he popped up in Coronation Street, went to Broadway and became a Monkee. By the way Monkee haters, in 1967 they sold twice as many records as The Beatles and The Rolling Stones PUT TOGETHER? Now how’s about them apples?

I saw the Monkees live 4 times. The last time was the 45th anniversary concert last year. I turned to my wife half way through and said ‘this is the BEST concert I have ever been to’. And it was. They were all pushing 70, but had more energy and enthusiasm than I had seem in any rock concert before. This was proper showbiz.

I don’t know what else to say so here are some clips from Davy’s career.

Davy on the same Ed Sullivan show as The Beatles 1964|http://www.youtube.com/watch?v=P-fLLuQgIss

On The Brady Bunch singing Girl|http://www.youtube.com/watch?v=F7TxTU_LYp0&feature=related

Valleri. This was the song that made me buy my first Monkees record. Look at Mike struggling to mime the solo|http://www.youtube.com/watch?v=QWTa9CE51sA

Also, here is a Spotify playlist of the 10 Essential Davy Jones Songs. Its a nice mix of the obvious and the not so famous. I hoe you enjoy. You can listen to it here. (I’m having trouble uploading this for some reason. I shall keep persevering.)

Last Night, I Did A Mean Show….