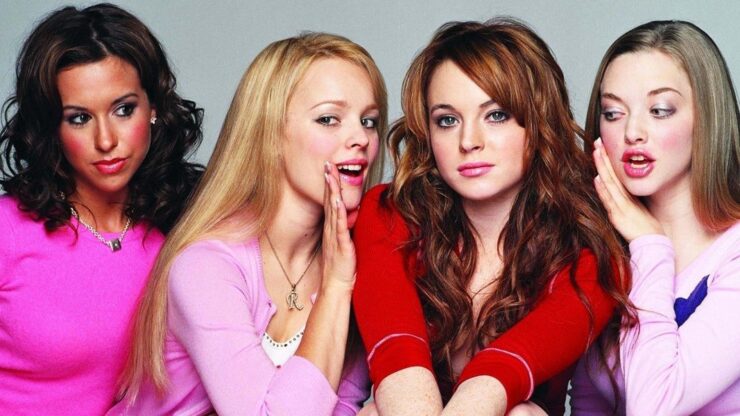 I’ve worked at various different radio stations throughout the years – LBC, Absolute/Virgin, BBC – and now I’m at the wonderful talkRADIO. The show has evolved and changed throughout the years, at least, it has to my ears. They may all sound the same to you, perhaps the shifts are too subtle, but for me, each show on each station has a different vibe and tone. I started off a bit mean, and that meanness has been pretty much worn away. I genuinely think the stuff I’m doing now is the best I’ve ever done. I’ve been trying to get as far away from the formulaic, hate filled radio that a lot of speech based broadcasting has become. Too much of it, in my opinion, is pointing the finger at differences and blaming the difference for our problems. Those difference might be accent, religion, colour, clothing, jobs, whatever. But so much speech radio is about creating division and scaring people. As Stephen Colbert said ‘if we’re not scaring you, we’re not doing our job properly’.

The TR show is generally an anything goes kind of vibe. There are no questions as such, and conversations can be carried on over hours, days or weeks. I have no obvious agenda (there must be one, but I don’t know what it is yet) and I sit and talk. I’ll say how great a film is I’ve watched that day, how I was staring at my kids and realised that when they grow into teenagers I will MISS the 4 and 6 year old boys I live with now, I’ll talk about feeling suicidal or how life affirming Jackie Chan is. Callers will chip in on these themes, or ignore them and call in with their own thoughts on their own lives. I guess it’s all about us trying to make sense of the insane world we live in, in any way we can. The only rules are you can’t call in about Trump or Brexit unless you have something new and unique to say about it. You won’t. No one does but sweet lord, listen to some shows and some entire stations and you would think that is ALL people want to hear.

My ethos could be wrong, it may lead nowhere. My listening figures are good considering it’s a brand new station, but they could be better, and I know they could be much bigger if I went on air and pointed the finger and screamed and stirred the shitty pot and told you how terrified you should be of everything.

Last night, I attempted an experiment. I’d been thinking for a while that I would like to try and do a mean show, one of those shows that is so popular and gets huge listening figures. A JHB or Hopkins type affair. I’d mentioned a few times on air I wanted to do it, but wasn’t really sure how to proceed. I’d planned to do it on Monday but bottled it. We’d had the delightful Dexter Fletcher on as a guest and he was such an inspiration that it seemed like a betrayal of him and the listeners to do a complete volt face and be all mean. So, Tuesday it would be.

I started by warming people up on Twitter. I posted some incredibly mean tweets about Trans people, immigration and terrorism. I changed my name on Twitter to 52% and told all the Bremoaners to ‘stop whining’. It is amazing how quickly people took the bait. Many got angry with me and were disgusted to find out these were my politics, while some were pleased to hear somebody speaking the truth #freespeech. I probably lost and gained an equal measure of followers!

The show itself started with a debate between someone from Leave.EU and a gentleman from Open Britain. I of course gave the Leave guy an easy ride, despite him having a terrible phone line, and ripped into the OB chap. I felt terrible but, and here’s the thing, a tiny part of me enjoyed the meanness. After the initial questions where I would recoil with horror after being so harsh to him, I actually got a buzz. That probably says more about me then it does about humanity, but nastiness, bullying does seem to be a powerful force.

They went and the phone lines opened. Now, I should say, TR is a newish station. It doesn’t get as many phone calls as I would like. I do very well on the phone call front, and it is improving, but…for something like this to REALLY work, I needed a full switchboard, so in that respect, the evening didn’t work. But, what we got was gold.

There was a gentleman who called in saying he had worn a 3 inch by 3 inch Vote Leave badge and he was confident that had swayed the opinion of a Roman Catholic and a black woman. There was a lady called Sylvia who agreed with everything I was saying regarding cancelling all foreign aid (‘why should we give money to stop Indian women dying during childbirth? Aren’t there enough of them already’ was my argument) and a few others. What was especially interesting was that these people MUST have been listening to my show in the past. I say listening, I guess they had it on but didn’t HEAR anything. Cards on the table, I am a left to centre leaning liberalish Vote Remain lets all love one another depression sufferer. So how on earth these callers hadn’t picked up on that before I’ll never know.

We had a rush of calls at the end. Someone telling me that I needed to calm down. I destroyed him by telling him I’d won 3 awards and that I would call him the next day and tell him that HE was crap at his job. A few other agreeing with me and a wonderful call from someone who ‘got’ the gag and fooled most people as a heartbroken snowflake. Simply wonderful.

What was most interesting to me was the number of long term listeners who got very angry with what I was doing. They didn’t find it funny (fair enough, it was a slow burn gag) or entertaining (again, I’m cool with that) and also didn’t think it was satire (it was, that’s not open for debate). Several called the show wanting to either tell off my producer Katherine Boyle, or come on air and criticise me for not giving them the radio show they were used to and wanted to hear. A real sense of entitlement. I would have thought that if they were such big fans, they would know that from time to time I like to challenge myself and the listeners. It was 1 show out of 170. You don’t like, that’s absolutely fine. Switch off and pop back tomorrow.

I ended the show with a delightful ‘And….scene’ just as the last ads fired in. It’s a phrase used in acting circles to denote the scene or audition piece is over and the audience are free to applaud if they see fit and discuss what they’ve just witnessed. Twitter was ablaze, I haven’t had so many tweets during a show ever. The talkRADIO listeners Facebook page had over 140 comments, a record. People got ANGRY. I know that both of those measurements mean very little, but they do mean something. Being angry, spouting complete untruths such as ‘train drivers earn between £30,000 and £100,000 and all they do is go forward, stop and open and close doors. Sack the lot of them if they go on strike’ go generally unchallenged. The phrase of the moment is post truth, and it really is, well, true. You can say ANYTHING and people will not pick up on it. I said that postal workers were ‘pissing on kids Christmases and they should all be sacked’. Beautifully angry nonsense. Only one person called in to say that was harsh. I destroyed him.

And this is the thing. It is so easy to destroy people on air. I am in a position of authority, of power. I have thousands of hours of experience. Most people calling have never done it before. I control the faders. If the argument gets a bit tough, I can cut them off and slag them off after I’ve got rid of them. It is so easy to be mean, to be nasty, to get people stirred up, to scare them. And British radio has too many of these trolls on the air. They’re not solving anything, a phone in show never solved a single thing. They’re not helping people. They are making things worse. They are making this country worse. They are making the whole world a meaner, nastier place. I am sick and tired of turning on my wireless to hear a bunch of shit stirrers frightening people. Stop it. Stop the meanness. Radio editors, be brave. Yes, people like Hopkins gets loads of listeners and you’re driven by listeners but can’t you see what people like her are doing? Phone Farage? Oh do fuck off. They are spreading hatred. Stop it. Stop it now.

I forgot the Sharia Burgers! How could I forget that? Again, in the spirit of creating fear and talking non truths, I told one caller I was furious that a well known high street burger chain was only selling Sharia Burgers and that we didn’t have any choice in the matter and it was disgusting we had no choice. The caller very quickly jumped on board and shared my anger DESPITE THE FACT THAT SENTENCE MAKES NO SENSE WHATSOEVER!

A Few Hours With The Nintendo Switch