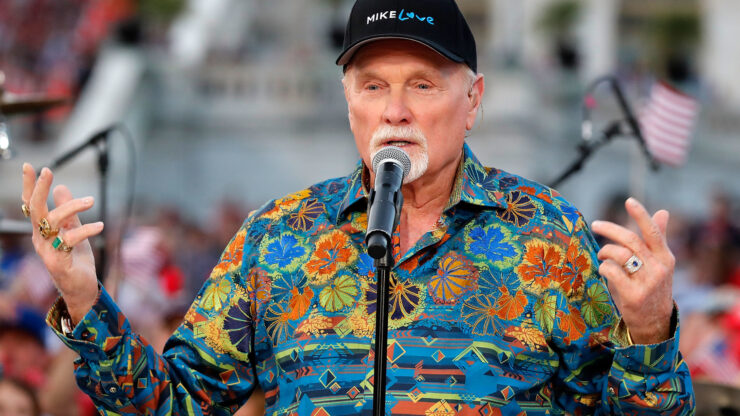 I am a huge Beach Boys fan. Easily one of the greatest groups of all time. I’ve been lucky enough to interview Brian a couple of times. Once he was disinterested and giving one word answers, while the first time he was engaged, honest and quite rude about Al Jardine! This goes against one school of thought that says Brian is ALWAYS polite in interviews (sorry Smilers, it simply aint true). Anyway, both times were a huge thrill and I was dead happy.

I’ve been trying for ages to get an interview with Mike Love, the lead singer and lead lyricist of the Boys for quite some time but he has always proved elusive. I met him briefly backstage at the Royal Albert Hall, and he couldn’t have been nicer. I was inspired to write an article for Record Collector magazine suggesting that popular folklore had got it wrong and that Mike wasn’t the villain in the BB story. So many people seem to hate him and raise Brian to a saintlike status. Both are human. Both are flawed. Both have made mistakes. Both have also contributed to my life in immeasurable ways with their music and lyrics. I am deeply grateful to both men.

Mike has a book out and it’s a cracking read. Because of this, I was able to get him to call my show one evening and chat to me for almost half an hour. Sure, he told a couple of old stories, and no one in the UK knows what Full House is or what a John Stamos does, but, but, but….I think I managed to get him to answer a few new questions that he hadn’t been asked before. Come on, how many times in an interview has he been asked if it’s true he taught Dennis Wilson about cunnilingus?

I enjoyed it, and I think he did too. I had so many people get in touch afterwards saying it totally changed their opinion of him. Hey, he’s messed up but who hasn’t? He’s been in showbiz for over 50 years, so of course so it would be impossible for him not to have made some missteps. Give My Regards to Broad Street and Press To Play are two examples of McCartney getting it wrong.

Here’s the interview. If you enjoyed it, please do subscribe to my podcast on iTunes by clicking on this link https://itunes.apple.com/gb/podcast/late-nights-with-iain-lee/id1090367473?mt=2 or searching your usual podcast provider.