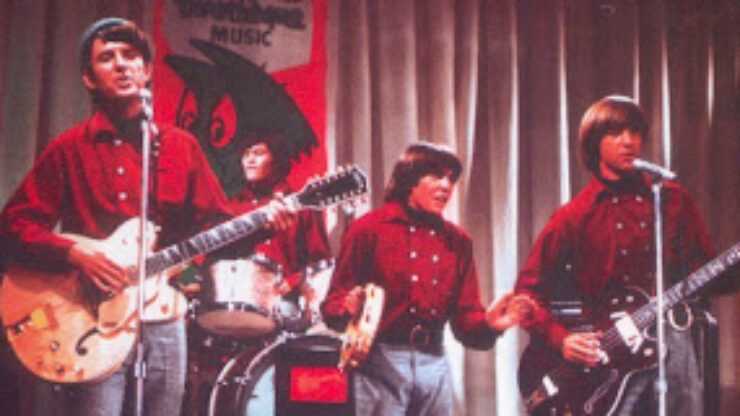 In 1968, The Monkees toured Australia and Japan. These concerts were hugely successful despite the fact Monkeemania was waning in the US and the UK. Their movie Head had yet to be released and would be seen by many as the groups suicide note to the world, although it’s more likely Bob Rafelson’s murder confession. In the Far East The Monkees were kings.

Despite being mocked for originally not playing on their own records, by this stage the group had become a very tight musical unit. A little garagey for sure, but they really could rock. 6 shows were played in Japan to ecstatic fans who were incredibly excited to see their TV heroes come to life before their very eyes. Here are the dates played in Japan in 1968 –

It is believed that one of these shows was taped and broadcast over 2 nights on Japanese television. The audio of this broadcast exists, complete with Japanese commentary which many fans find annoying (personally, I find it rather endearing!). You can listen to the audio here

The video however has never surfaced. It is the Holy Grail amongst Monkees collectors. I’m not 100% sure that it was even broadcast on television. My mission is to find out 2 things – firstly, was this concert actually broadcast on Japanese television and secondly, where the bloody hell is it now?

If you can help in any way whatsoever, please email iain@iainlee.com. Honestly, no nugget of information is too small. Did you see it? Did your parents see it? Have you ever been in the vaults of a Japanese TV station and seen a mysteriously labelled videocassette with the words The Monkees on? Did you tape this off your television? Anything you can provide will help as I strive to bring this lost treasure to the world of Monkees fans.

A big thanks to the fab www.MonkeesLiveAlmanac.com for pics and facts.