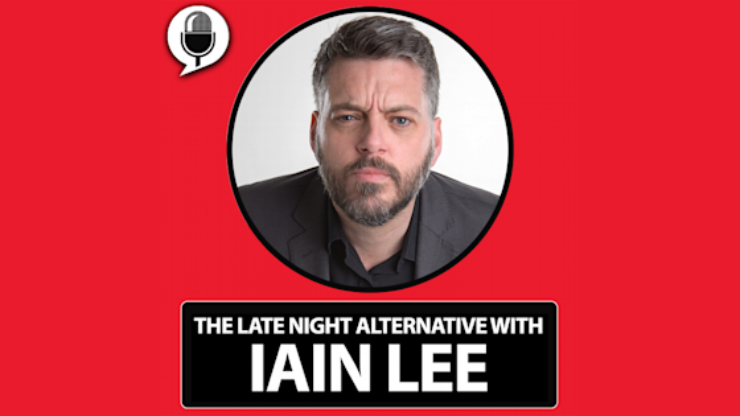 A whole week of shows in NYC? What a silly idea! But, if Katherine and I could pull it off, what a coup? Unique in British radio. And I think we did. We packed the week full of interviews, guests and new locations. We overbooked. In the whole week we had a total of 3 hours to ourselves, and 2 of those were taken up with buying presents for the kids.

Still, what a thrill!

Kenny Kramer – www.twitter.com/realkramer the inspiration for the character of Kramer in Seinfeld. Kenny is a delight and a wonderful storyteller. We invited him for breakfast although he

was on his way to the doctors and couldn’t eat. Still, he told us wonderful stories of Larry David and turning bullshine into an art form. He wasn’t totally convinced Kath and I were really working for a UK radio station so he’s asked that all of you email tourmail@kennykramer.com to tell him we are legit! Please do it! He runs an ace Seinfeld tour that I went on years ago and you can get details at www.kennykramer.com

WFMU – @WFMU and www.wfmu.org This place is a radio geeks dream! A concept completely alien to the UK, a radio station staffed primarily by volunteers and funded by

the listeners. I first discovered it by accident and then was lucky enough that the first person to reach out to me from there was Amanda Nazario, a young lady who presents an absolute powerhouse of a radio show. Her twitter is www.twitter.com/AmNazz and you can see more about her show here http://www.wfmu.org/playlists/AN – expect Lovin’ Spoonful followed by some swear punk band followed by space

music. The show is incredible and she is a real inspiration. Her attitude certainly made me up my game on my shows and her and Irwin Chusid are the idea behind my new show on MixCloud www.mixcloud.com/iainlee

We also spoke to Kim and Emily, hosts of In Real Life, I hadn’t heard the show when I

spoke to them but I have now and it is delightful. Have a listen here https://wfmu.org/playlists/IL and follow them on Twitter here www.twitter.com/inreallifeWFMU

It was a real thrill to chat to Irwin Chusid at WFMU. He’s the guy that discovered the Langley Schools Music Project music and

managed to get it released. It’s an insane album and you should get it NOW by clicking HERE Irwin was a delight and another inspiration behind me getting off my ass as the Americans say and doing a music show in my spare room and spare time. His passion was infectious and we are going to get him back on the show, I promise. Check out his show here http://wfmu.org/playlists/IC

I cannot tell you how amazing I think this station is. Its magical. We recorded too much stuff there so the little tour Amanda gave us will come out as a separate pod. Follow me on Twitter to find out when all the pods get released. In the meantime, here’s a taster of what we experienced there http://talkradio.co.uk/funny/late-nights-iain-lee-wfmu-wednesday-june-14-17061915378

What I Mean When I Say I Have A Migraine.