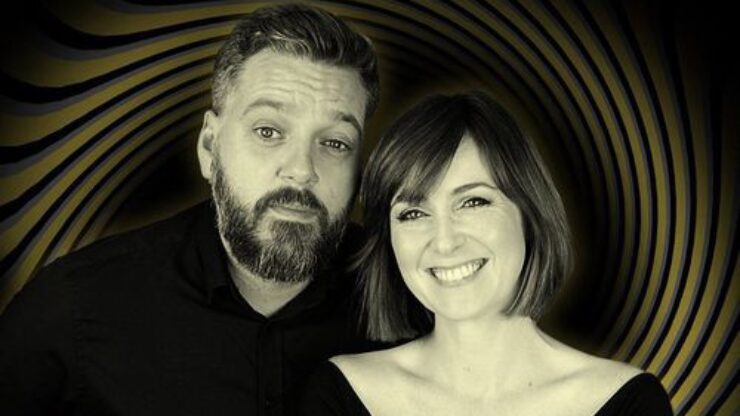 …so Sunday afternoon I was thinking about knocking The Rabbit Hole on the head. It was a lot of work, we’d under recorded in the past, maybe it had had it’s very brief day. Then, Sunday evening, we recorded over 2 hours of actual proper real gold. It was one of those evenings where everything just worked! Technically it was superb. People called in. We had some delicious answerphone messages, and a live audience that wanted to play. Highlights were the call from a new dad who’d been given the number by his mate and Mrs Mu’s Mum replacing Katherine for an hilarious 20 minutes.

The next day, we were offered a chance to appear at the Manchester Fringe in the summer (details to follow). A few more days later and we are invited to appear at both Newcastle and Edinburgh.

Katherine and I are both buoyed by the success of Sunday and really proud of the next 4 shows you lot have got coming towards you. Looks like there’s life in the old rabbit yet.

We won’t be appearing in London until later in the year and the only show that we have onside is Manchester on Saturday May 6th. There are about 14 tickets left so grab them while you still can from www.ticketsource.co.uk/iain-lee . Fingers crossed we can keep weaving gold out of thin air for a while to come yet!