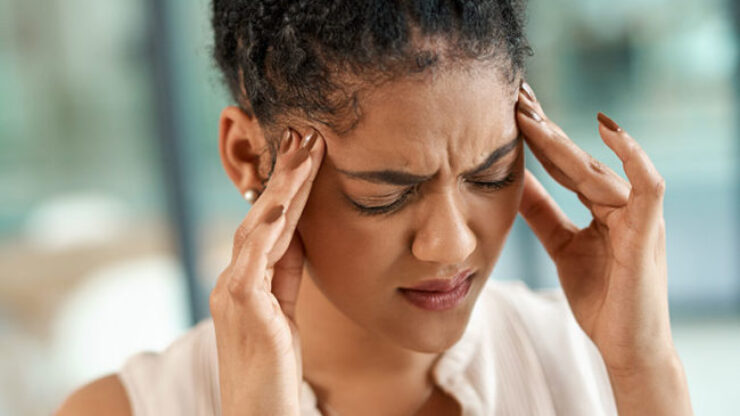 I had to take a day off work recently because I had a migraine. I got a bit of flack for it, many people thinking I was skiving off for what they perceive to be little more than a headache. More criticism was flung my way when I revealed that I had also had a hair cut on the same day I was so ill I couldn’t do the job I’m paid for.

One thing I need to make clear. A migraine is not a headache. It’s nothing like a headache. It would be like me saying to someone having a heart attack ‘oh come on, it’s just indigestion. Take a couple of Zantac and deal with it.’ For me, the migraine quite often starts with a headache and the pain seems to centre in the head, but the two are incomparable. A headache is an inconvenience, a discomfort that is thoroughly unpleasant but I have never had a headache and wished I was dead because the agony was just too much. I’ve never gone blind during a headache. I’ve never had a headache and found myself conversing with my dead dad and a school teacher and a fictional character from a TV show. I’ve had all of that with migraines.

As I’ve said, they often start, for me at least, with a headache. I have to stress, everyone’s migraines are different. There is no set pattern for every sufferer. What I describe may seem minor to some victims, and extreme to others. Sometimes, before the headache I get…a feeling. I can’t describe it any better than that. Just a sense that something isn’t right with my body and that it’s about to spring a nasty attack and betray me in a terrible way.

The real giveaway that what’s happening is going to be pretty shit, is the yawning. I never noticed it before, but my wife spotted it several years ago and now I use it as an indicator that I’m in trouble. I will not be able to stop yawning. Not just one or two of them, but dozens of them and they are never satisfying. I always need one more, and one more and one more. And I don’t necessarily feel tired. Normal headache + yawning = take emergency measures immediately.

When I get these symptoms, I’ve learnt to hit the nuclear button pretty sharpish. Sometimes, not very often, but sometimes I manage to nip it in the bud. The imminent danger passes and I’m left with ‘just’ a headache and a slightly spacey feeling. But I can function. What I do is pretty drastic and I’m not in anyway endorsing this. I wouldn’t for one second suggest you do what I do, but it works for me. I have 6 or sometimes 8 migraine Nurofen, I eat (chocolate is the best) and sometimes have a strong coffee. The last one I play by ear. I’ve learnt to read my body to know if caffeine will help ease the journey or make it worse. Misjudge that and I’m going to puke (vomiting is not a normal part of migraine ritual)

If I don’t manage to stop it early I am screwed. The incident that kept me off work recently is a great example of that. Woke up in the middle of the night with a headache. Managed to doze again. Woke up at 4am (my usual getting up time these days) still with the headache. Hmm. Had some coffee and toast (this was one of those times where I should have avoided them). Got in the car, noticed the yawning. Oh dear. Got to a garage, where they only had normal Nurofen. While I was waiting for the chap to get them, I noticed the shaking hand. This was starting to look bad.

Pretty much as soon as I pulled away from the garage, I could tell there was no way I was going to make it to work. I was hoping the normal Nurofen would tone it down to just a bad head, but it was way too little too late. I got to the motorway before the yawning started going mental and the sweats started. Game over. I thought though I’d be able to get to the next junction and turn around and make the 8 minute journey back home. No such luck. Approaching the next junction, I knew that I was in very serious trouble. I started getting the blindness and could tell I had about 2 minutes before I was completely fucked. Off onto an A road. Where can I park? Round that corner. Lights need to change. Come on. COME ON. Nope, gonna have to jump them. Window open, threw up, then managed to pull over into a layby.

I have never pulled this face whilst having a migraine.

Interesting (to me at least) side note about the blindness. I’d call it blindness, although I can sort of see. Or rather, I know things are there and I could navigate them if I had to, but I can’t actually visualize them. Now, that makes no sense at all, but migraines don’t. It is a breakdown of some of the basic functions of the brain which engenders an almost state of temporary insanity.

I also can’t speak very well. Some of you may celebrating at the thought of that! The words come out slurred and slow, and I struggle to put my thoughts into words.

Oh, and did I mention the pain? Jesus Christ, shoot me. It is unbearable. Ripping my head off would be a more pleasant option than enduring that excruciating pain. I have never experienced anything like it apart from during an attack.

When I am in the middle of an attack, I need to get cold. Really cold. So in many ways, a parked car is one of the best places I could have one. I set the AC to FREEZING and sat there, riding it out, promising to God that if he could just get me through this I would NEVER do anything bad ever again. I have to contort my body into all kinds of bizarre and painful shapes, the more painful the better , as I need to stretch every muscle, joint and sinew to stretching point. Fingers, neck, back, toes are all clicked to bring some relief.

After 2 hours, I was well enough to drive home. A short one in terms of the intense pain. That has been known to go on for 2 days. I got home, with a very fuggy mind, a shitty headache, wonky vision and a feeling of relief that the worst was over. I did go into London that afternoon to honour some appointments but I should have cancelled. I nearly fainted on the tube, couldn’t shake that headache and was unable to follow a train of thought for more than 30 seconds.

What can I do about them? They are debilitating and I have turned down jobs in the past because I was scared I would get one mid run. One blessing is they seem to be visiting me less than they used to. In the past I could get one or two a week. I think I’ve had 3 this year. I tried various drugs – Zomig seemed to be the best until I built an intolerance to it. My neurologist put me on a trial of a machine that fires electro magnetic pulses into the skull. They have reported great success with it, sadly, I didn’t experience that and sent the machine back to a confused nurse who couldn’t quite understand why I was still suffering with them.

Hey, in the great scheme of things, if this is all I have in my life, then I’m blessed. I’m not writing this for sympathy or an award, it’s just to let you know that migraines are pretty serious and if someone has them, please don’t think they’ve just got a bad head!

Well, I had a first yesterday. On Saturday mornings I present a show between 9 and 12 in the morning on BBC WM. This Saturday started off fine. I got to the studio, set up, had some tea and was all ready to go. I started to get a bit of a headache around 8.30 but thought nothing of it. By 9.05 I knew I was in trouble. This was no ordinary headache. Unfortunately, I had neglected to bring any pain relief with me. Never mind. I could do this. I just had to get to midday and then I could pop into town. 3 hours. Easy.

By 9.15 I was sweating. And this was a mad sweat. i was in what turned out to be a very cool room, I was sat under the air con. But I was literally (and I mean literally) soaked. My shirt was wringing wet. Unusual for one of my migraines. I was jabbing my thumb into my eyeballs and just above the eye. This is a real emergency measure that means I am in big trouble. It was having no effect. Midday was looking more and more difficult to reach BUT I still thought I could make it.

When 9.40 slowly rolled around I knew it was game over. I managed to tell my producer I was going to throw up. She thought I was joking and then realised I was deadly serious. I took a call. I have no idea what the chap was talking about as by now I was in agony. A terrible pain. While he was talking (and here comes the gross bit) I turned my microphone off and threw up in the bin, stopping just enough to turn my mic back on and ask ‘And do you think Benefit Street makes things worse?’ Boom. Chucking up time again.

Jo, my excellent producer on WM, knew I was out. We agreed I would intro a pre-recorded interview after the travel while she decided what to do. I THINK I managed to introduce it. I know I cut the amount I had to say to a few sentences as BOOM there I go again. Thank God there was a bin the studio!

Luckily for me and the people of Birmingham and The Black Country, the excellent Adrian Goldberg was in the building. He stepped into the breach and picked up smoothly after my pre record. I think Birmingham may actually have raised a cheer I would have, but by then I had collapsed on the floor wishing I was dead. I was in such bad pain, I was praying to die. Sounds dramatic but this was a bad one.

I panicked my wife and my agent by sending them badly spelt one word emails trying to detail my situation. Fortunately they got the message.

By 1.15 the pain had subsided enough for me to start clearing up the sick (sorry, last time I will mention it) and decide what I was going to do. I had Big Brother’s Bit On The Psych in the evening By this point I’d cancelled it but decided to try and make it. I did the show, but I was totally out of it. I managed to pull it together when the camera was on me, but every time I saw it was off, I slumped into a heap. Still, I managed to annoy enough people as Twitter this morning shows. And just for the record, of COURSE I don’t think it’s acceptable to punch a horse. Man, some people are so thick!

Today I feel better. A bit. I had a headache this morning and I am irritable and tired this afternoon. I have to thank Jo and Andy and Adrian Goldberg from BBC WM for working round me. They did a great job.