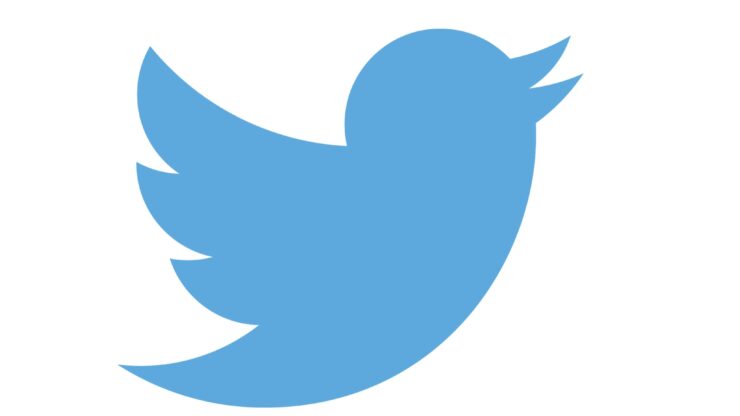 Twitter is a phenomenal force, a great power that unites, divides, angers, pleases and does so much more. And I have to be honest, since I discovered it a few years ago, I have been totally obsessed.

Strangely, it was my former ‘producer’ at Absolute radio, Davis, who first introduced me to Twitter. This was in the VERY early days. He showed it to me thinking we could somehow tie it in with the show. I looked at it, didn’t get it and did what I often do, dismissed it almost immediately.

A little while later, I saw that it had caught on a bit and tried to set up an Iain Lee account. Some cheeky little monkey had already set one up under my name and was using it as a bot, sending out tweets with anything that appeared on the internet with my name. I asked for the account back, and after some gentle persuasion, I got it.

Since then I have been tweeting constantly. I’ve found it hilarious at times to tweet my nonsense, and got excited as the number of my followers grew. I’m at nearly 31,000 followers. And for a long time, those numbers excited me perhaps more than they should.

But recently, some of you may have noticed that I’ve been a bit quiet on there. This didn’t start out as a conscious thing, it wasn’t planned, I just stopped having anything I wanted to say in 140 characters or less. Perhaps I was giving too much of myself, telling you stuff that I was doing because I was bored, or lonely, or for whatever reason. I don’t feel the need to examine it too much, I just know that the desire to tweet that much has gone for the moment.

Some of you will know that I get a lot of abuse on there. For a while it upset me, some of it has even landed people in court, but it hasn’t bothered me for a long time. I even retweet a lot of it to take the power out of the hands of the bullies. I’ll be honest, it isn’t nice having people call you a c word or whatever, but in the great scheme of things, it’s powerless over me. But I do choose now to not have that abuse delivered straight to my phone.

Yesterday, I tried an experiment. Everything I would normally tweet, I texted to my wife. So she was the only one to know that Samantha Brick held a door open for me, that I think I walked past Starburns from Community and that Vince Vaughn talks way too fast in The Wedding Crashers. Every time she complained, I retexted the comment back to her with a pithy comment ‘Who is THIS loser” type things. It was a lot of fun and I realised that a lot of the stuff I would have shared with her a couple of years ago, I was now sharing with a group of strangers. I am friends with about 3 of my followers on Twitter, real friends. I’ve had the pleasure to meet maybe 100 more of them, but the rest, I have no idea who they are. Why would they follow me? Because I used to be on the telly? Because I’ve been on the radio? Because my tweets are funny? Because sometimes I expose myself a bit too much on there? Who knows. I’m humbled that many people feel the need to follow me, but there is no real relationship. I follow some people because it’s polite for me to do so, others because it could be beneficial for my career. I am very rarely interested in what they have to say. Except for @adamhess1 who is a genius, and the only person who really knows how to use Twitter. I may unfollow everyone except him, that would make my timeline a real joy.

The kind of radio I have been doing for the last 7 years at Absolute and LBC, and before that for god knows how long, XFM, has quite likely come to an end. 7 years is a long time to be doing what is essentially the same style of show. I loved most of it and really feel that I, along with my callers. Took the baton from the likes of Tommy Boyd, Clive Bull, Danny Baker and Nick Abbott and ran with it quite some distance. In the end, we ran out of puff and I think I may have dropped the stick about 18 months ago. Don’t panic. Someone new will find it, pick it up and when they realise what it is, start running again. I don’t think anyone has found the baton yet, but they will, I’m confident of that.

The odds of me doing another ‘manic phone in’ as the Radio Times called it? Slim at the moment. The Pocket Radio Show came close, and series one was an absolute joy. I am really proud of what I achieved using my Mac and my spare room. Nothing groundbreaking, not pushing the boundaries much, but a lot of fun. And thank you for your help with that.

There are whispers and mumbles in my right ear that I may end up doing a completely different kind of radio show. A straight show. A serious show. One that doesn’t require comedy phone ins. If this happens, Vinny and Barry will have to find a new home. Don’t worry. They will. Andre moved on successfully, and came back reincarnated as Mark and often pops up on Five Live. It’s a joy to hear him sounding sober. 4 years ago I would have scoffed at the idea of doing a magazine style show, talking about ‘issues’ and having serious guests. In fact, I successfully spoofed this style of radio on LBC a couple of times. They’re fun shows, try and check them out. But now, as I approach 40, with 2 kids, a mortgage and a blank future in front of me, the thought of doing something different, of growing up actually excites me. Could I do a straight show? I’ve always said I could, and if the challenge presents itself, which it may very soon, then I am going to grab it with both hands and try my best. I might not manage it, in which case, I will restart the PRS and try and get a job ‘dicking about’ as I like to call it.

When this new direction does emerge, I hope you will join me for the journey. I know most of you will at the start, but when you realise there is no punchline, no sly wink to camera, that my tongue is nowhere near my cheek, I suspect most of you will fall by the wayside and yearn for the ‘good old days’. I’ve seen it happen with Boyd and Abbot, and it will happen with me. And that’s fine. Keep an eye out for that new relay runner. He’s coming soon.

What’s this got to do with Twitter? Well, this new incarnation won’t sit comfortably with Twitter. Certainly not in the way I have been using it, if at all. I’ll have to see if the new me will have a voice that fits the restrictive format of Twitter. I don’t know. And please don’t get me wrong. This isn’t a complete abstinence of it. If I think of a funny that I know you will like, I’ll probably share it with you. If I write something that I’d like to share with you (like this) then I’ll post a link. Twitter is a great way of getting a quick message out, so yes, I will be promoting the June Set The Agenda on there. Hell, I may be back on there tomorrow and this will all seem like pretentious twoddle. But today, I’m going to stay way.