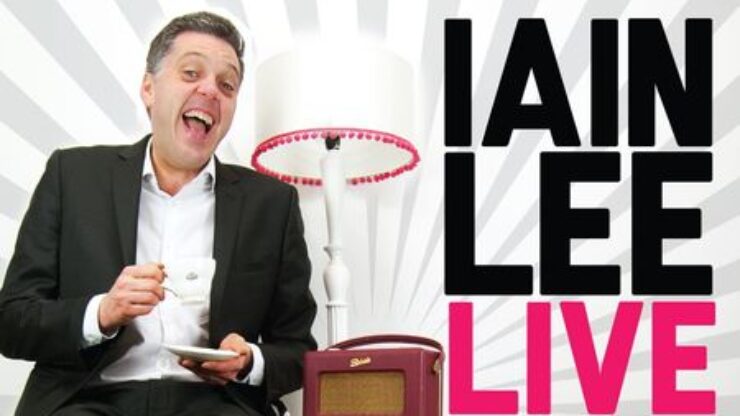 I know, incredible as it may seem, I’ve only gone and made an actual Live CD that you lot can buy for just 6 quid. Go to www.gofasterstripe.com/iainlee to buy it.

Last year I did my first ever solo show and solo tour. In fact, my first ever tour. A lot of firsts. I did it to see if I could, to see if people would come and to see if I’d enjoy it. Well, by the end of the run, the show was pretty good and made me laugh a lot. Most shows sold out (apart from Swindon, maybe Swindon hated the 11OCS?) and I didn’t really enjoy it that much. Well, 2 out of 3 aint bad.

By the end of the run, I was really proud of the show. It was pace, had some genuinely laugh out loud moments and had a pretty strong narrative. Apologies if you came to one of the early shows, they were good but not as good as the last half of the tour. The penultimate show was at the Luton Library Theatre which is an incredible little venue. It was when I still worked at BBC 3 Counties Radio so I was kind of playing to a home crowd. Over 200 people came along and enjoyed the stories I had to tell. Luckily, that was one of two nights I recorded (the other was at Jackson’s Lane, I may make that available as a bonus download).

Everything worked that night. The stories clicked, the clips were timed just right and everyone wanted to have a good time. Well, I’ve now released that show on CD for you all to enjoy for ever and ever and ever. Thanks to Chris Evans at Go Faster Stripe (who release loads of cool stuff including Miles Jupp and Susan Calman) you can buy the CD for just £6 plus p+p. No ones gonna get rich off this. But, I am just so thrilled to finally have a comedy record out.

One regret. Why the hell did I call the CD ‘Iain Lee Live’? And not ‘Iain Lee Vs Radio’? I have absolutely no idea. I am indeed a plum. Thanks as ever to Scott Balcony of www.balconyshirts.co.uk for designing the cover. Cheers man.

If you want the CD (and it is actually selling fast) then please go to www.gofasterstripe.com/iainlee

Ooh, there is bonus stuff on there too. You get all the animations I used during the show and they are hilarious. Here is one (and it’s very sweary).

Thanks a lot for your support. And yeah, I am working on a second tour that will tie in with the book. Book? Yeah. The book.

So This Happened with Iain Lee – my new show!