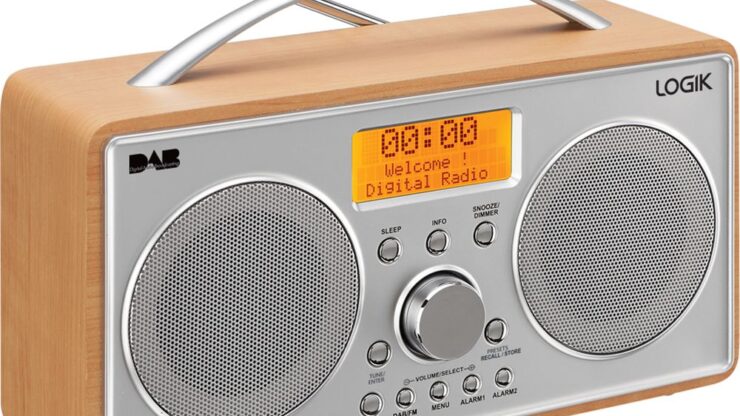 2 Idiots Telling Important People How To Do Their Jobs

I know, I know. It sounds a little arrogant. It’s the title that my producer Katherine and I came up with when we were chosen to give a talk at the Radio Academy in Salford. Seemed like a funny idea at the time. Yeah, let’s call it ‘How To Do Radio’, ha ha, aren’t  we clever?

And then we arrived in Salford. And saw the calibre of people who were there. Heads of local radio, national radio, commercial and BBC, advertisers, students, boffins, geeks, men and women. Suddenly our little ‘joke’ didn’t seem quite so funny.

We battled on and give our little talk, played a few clips and luckily, most people there seemed to get that our tongues were slightly in our cheek.

I’ve been working in and out of radio since about 1998. I think. Maybe 1997. Whenever Robbie Williams and ‘Angels’ was a big hit. I remember, because we played it all the bloody time at Horizon FM103.3. I was pushing for us to play alternative music like (huge number 1 smash) ‘Brimful Of Asha’ by Cornershop, and I was told basically to sod off. Who would want to hear that crap?

Anyway, I finally got into radio proper when my TV work dried up, in I guess 2004. It wasn’t my first choice. I wanted to do telly. For starters it paid WAY more money. And it was telly. Radio was, well, you know, crap. It meant your career was flagging.

Boy, was I ever wrong.

I am so grateful that I was given a job at LBC when it was going through a wonderful bonkers transition phase. With radio legend David Lloyd at the helm, and Scott Solder working with him, LBC 97.3 was, at the time, a fertile playground with no-one quite sure what direction it was supposed to go. I was given pretty much free play in the studio and on the airwaves. And I am so glad. TV now is secondary to me. I can take it or leave it. Radio is my passion and it’s bought me a house and fed my kids. So thanks.

This blog comes from an idea Kath and I had to write a book about our experiences in radio, what we love, what we despise and how we think an industry that is pretty moribund right now needs to grow a pair and start daring again. Well, the book may happen one day, but it is a little niche, to say the least. So, we thought we’d start with a blog. Just to test the water. And also because we do want to share this stuff with you. If even the tiniest nugget of our nonsense changes the way someone presents his show, or inspires a programme controller to take a bit of a risk the next time she hires a turn, or maybe even inspires someone to have a go at doing radio, then that’s great. Hey, even if this doesn’t but you enjoy reading it, then we’ll be happy.

Do please share and post comments. We will read all of them and try and reply where we can.

We are dead excited about this project. I hope you will be too.

My head is telling me lies